Feeling overwhelmed setting up a makerspace and choosing the best school 3D Printer?

If you are looking for more general help setting up a School Makerspace in Your Library or Classroom, click the link to the left. 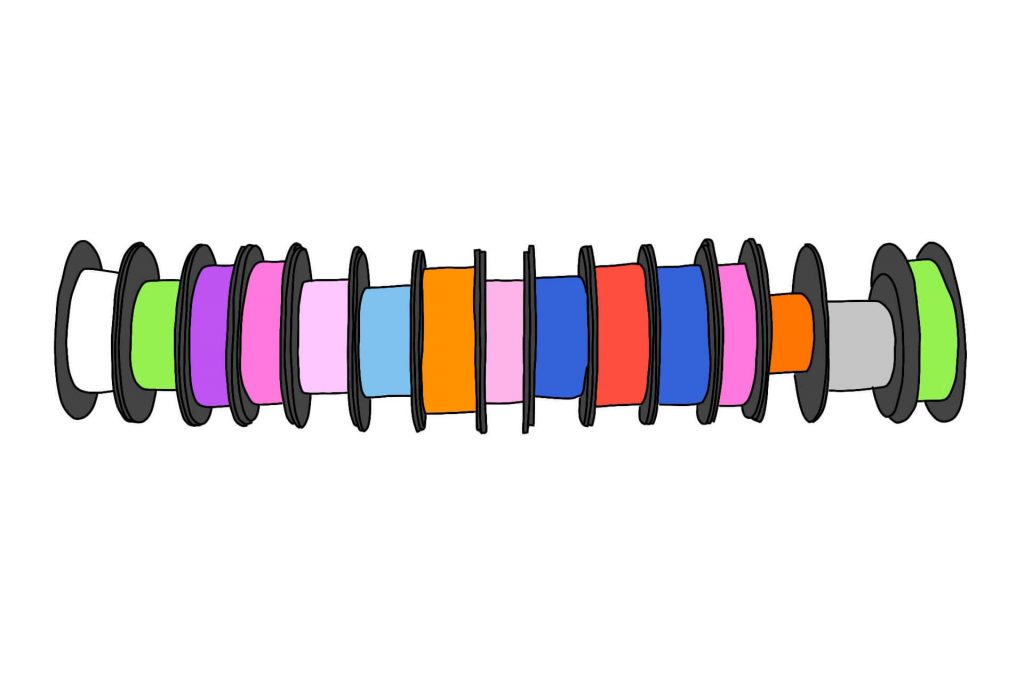 This will be one of the key considerations when deciding on which school 3D Printer to buy. You ultimately need to know what your budget is.

In my experience about the least you want to spend is around $300 for a 3D Printer. From there the sky is the limit for how much you intend to spend.

That said, if you have a lot of students that are all eager to print something, your school might be better off buying multiple cheaper printers instead of the best one it can afford.

How Many Students – How Many 3D Printers 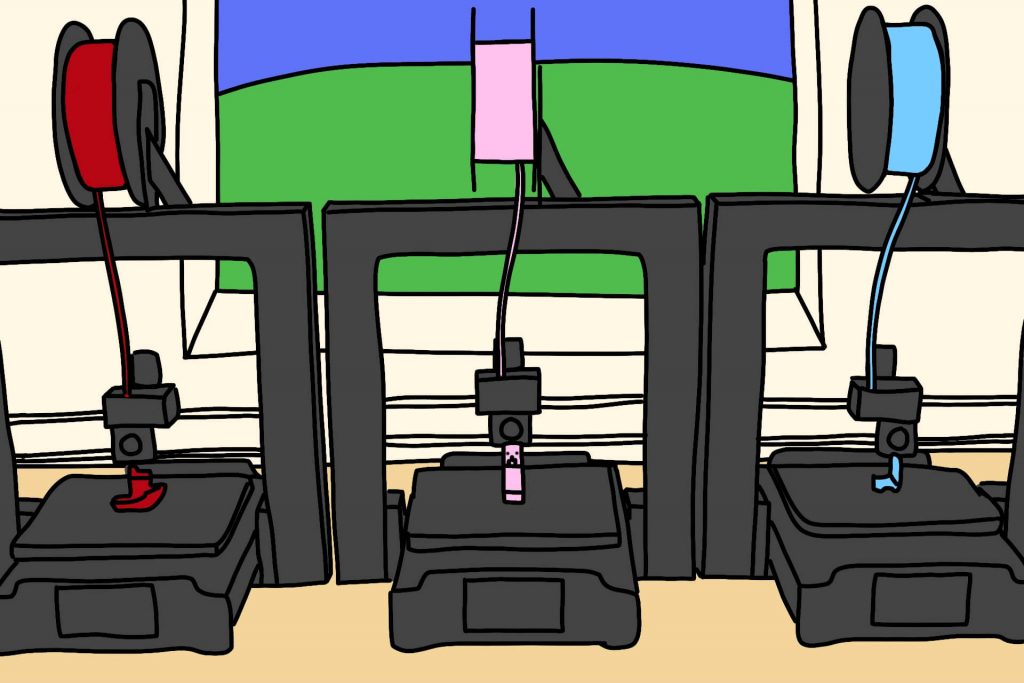 In our experience we don’t want more than 5-10 students per 3D Printer. This will be different from school to school, based on how students use the 3D Printer.

Especially when you have younger students, they’ll have a lot less patience to 3D Print something.

You’ll want to carefully craft your lesson for younger students. If left on their own they’ll happily print a simple cube since it’s easy to design and get them to the front of the line by being done first.

Young kids will often rather 3D Print something simple immediately than wait a little longer to print something they actually like.

So for young kids, you’ll want multiple 3D Printers to stave off the rabid hoard that is so eager to print.

Build volume is basically how big of a part you could theoretically print. This is the length and width of the bed, and the height the nozzle can get above the bed.

When dealing with younger students, you can often get away with a smaller build volume since most will only be making simple small shapes. Shapes can be printed at nearly any size since they don’t have to fit with anything else.

Most of your students will want to print a creeper. Well by having a small build volume you can limit them to creepers only a few inches in size. This will speed up print times and reduce the number of printers you need.

With older students, you’ll want to know more about what they intend to make. Think of the largest thing that you really want to be able to print, and look for a build volume which can handle that.

Keep in mind, you can have a couple larger printers, and more smaller printers. Not all robot parts are a full chassis. Some will be smaller brackets and other small parts which can be printed in a small build volume.

There are many filament diameters. However the most common are 3mm and 1.75mm.

Generally 3mm is cheaper while 1.75mm is easier to print with.

Try to only buy a 3D Printer that prints with either 3mm or 1.75mm. Often companies will trick people into buying a cheap 3D Printer because they make the money back with an uncommon filament diameter.

Instead of buying your filament anywhere, with proprietary filament, you’ll get gouged all the time. Be careful.

Honestly, you’ll probably just stick with PLA unless you have a robotics team that needs to print with more serious materials. PLA is easy to print with, doesn’t stink, doesn’t have carcinogenic fumes, and is a pleasure to work with.

You can get super fancy with some filaments like we sometimes do. But honestly to print some of our coolest stuff I had to heavily modify our school 3D Printer to make it work.

Plan on starting with PLA, unless you have a robotics team, and consider upgrades later.

If you do want to graduate up to more difficult filaments, there are two main things you’ll want in your first school 3D Printer. A heated bed, and a hot end / nozzle capable of higher temperatures.

You want this thing on WiFi? Or to have kids running around with SD cards? Power it up with USB? Only the teacher / librarian starts prints? Need a special Slicer software?

You’ll have a lot of decisions to make when it comes to the school 3D Printer workflow.

Attack of the Clones

To make matters slightly more complicated, be aware of the clones. There are clones everywhere for the most popular types of 3D Printers. Some are made well. Some are not.

Some of the most copied printers are the Prusa i3, Replicator, Replicator Mini, on and on.

We could write an article just about this alone. I’m always pretty busy so try and remind me to get that done 🙂

Have Any Questions About 3D Printers in Schools?

We’re here to help. Head to our Contact Page and send us any questions you have. We’ll get back to you promptly.