Scratch 3.0 Vs Scratch 2.0. What’s the difference between Scratch 3.0 and Scratch 2.0? Find out from this STEM expert as we dive in comparing the versions.

This article will be continually updated as we learn more about the differences between Scratch 3.0 and 2.0. So check back often.

Want to see the code that drew the colorful image? Check out our article on Block Coding. 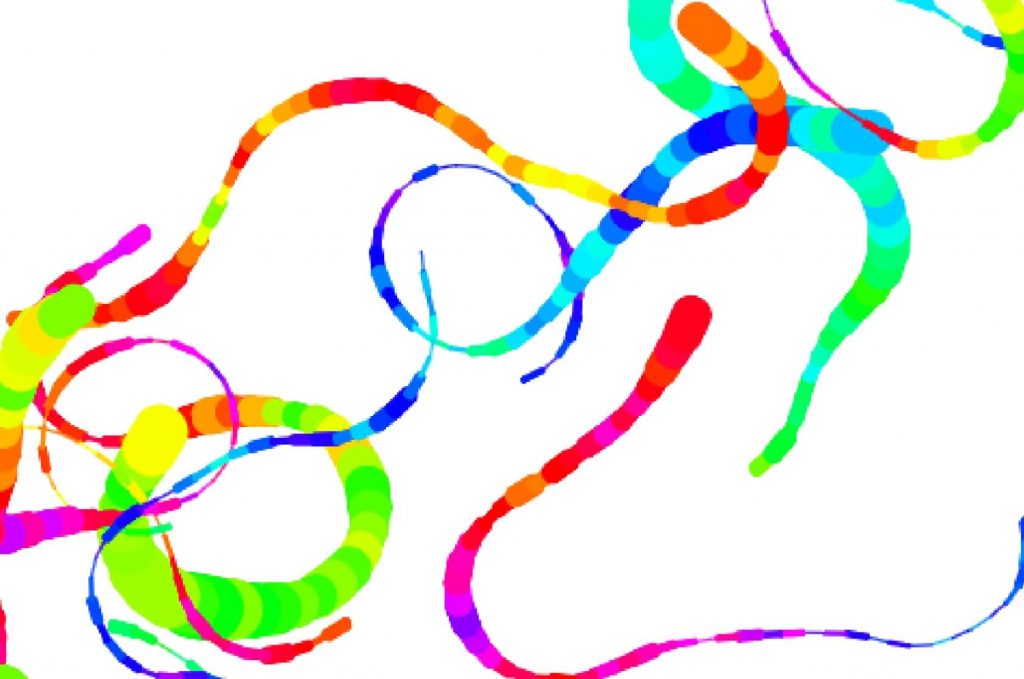 Whether you’re looking for a quick answer, or you want to look at each difference in detail, we have you covered.

You can click on the items in the outline below to be taken to that section immediately. Or you can just scroll down.

More future items to be added soon to the article:

You probably already know what is Scratch. But just in case you don’t, you’ll want to read about Block Coding.

Some new blocks were added, a few were improved, and none were removed.

People are very excited and have a lot of questions about Scratch 3.0. Here are some of the most common questions we’ve seen.

Did Scratch 3.0 Remove Any Blocks That Were In Scratch 2.0?

No. But MIT did modify some of the blocks from Scratch 2.0 in this newest version of Scratch.

Any Changed Blocks Between Scratch 2.0 and 3.0?

Yes. In particular they made some changes to the Pen Blocks when making Scratch 3.0.

We have detail on that below.

Is Scratch 3.0 Available on Desktop and Online?

Yes. You can currently use Scratch 3.0 offline on your desktop like you could with Scratch 2.0 before.

When Was Scratch 3.0 Released?

Are There Any Downsides?

I’ve heard some older programs aren’t working on Scratch 3.0. So if you made programs in Scratch 2.0 you might want to check compatibility.

Some new code blocks were introduced in Scratch 3.0 which were not in Scratch 2.0 or 1.4. They also added some new blocks related to String Operators, Pen Blocks, Glide Blocks, and Scratch Extensions. Let’s talk about that in a bit more detail.

It will change different effects. It has some options as well which you can see here.

The Operator Blocks have a new addition.

This new string operator block allows you to see if the string contains a string. This will be pretty useful! 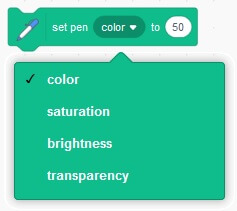 You can set the color, saturation, brightness, and transparency of the pen now. 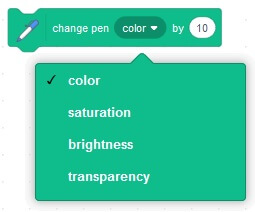 In addition to this, you can change the pen’s color, saturation, brightness, and transparency after you have set it. 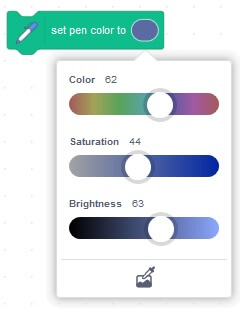 They also added this cool interface which helps set the colors you want. This is a very cool tool.

Glide blocks have been improved. Here are the options in the drop down in that top glide block.

This will give some flexibility for getting sprites to move smoothly across the screen.

Extensions have been improved as well.

There are new extensions for Speech, Lego Boost, Micro:Bit, Translating, and Scratch Bit.

We will try to get a list of the new sprites soon.

If you know which sprites are new please let us know.

Sprites are the characters that you can bring to life with your code blocks.

For example I think some of the new sprites are dinosaurs. So now kids can make scenes with multiple dinosaurs and program them.

It is not easy to make art like this so for kids to have sprites to use is a big step and allows them to use their creativity.

Some of the New Sprites

Again, we don’t have a full list yet. However I believe there are several new dinosaur sprites.

My understanding is there are dozens of new sprites.

Hopefully we can get you that list soon. I am still digging.

Changes were made to some of the Pen Blocks.

We already highlighted that a bit above. Long story short some of the options have changed and you can also set the transparency of the color.

This is one of our articles about Block Coding. If you want to learn more a good read is Kinvert’s Ultimate Guide to Block Coding.

You can program the Anki Cozmo robot with Code Lab which is based on Scratch. You can learn a little about that at How to Open Cozmo Code Lab. We’ll have a more in depth article in the future.

We hope this was helpful.

Scratch is a project of the Scratch Foundation, in collaboration with the Lifelong Kindergarten Group at the MIT Media Lab. It is available for free at https://scratch.mit.edu