The Sphero RVR SDK is now out. You can program the Sphero RVR in Python with the Raspberry Pi. Other options include Microbit and Arduino. Learn more here. 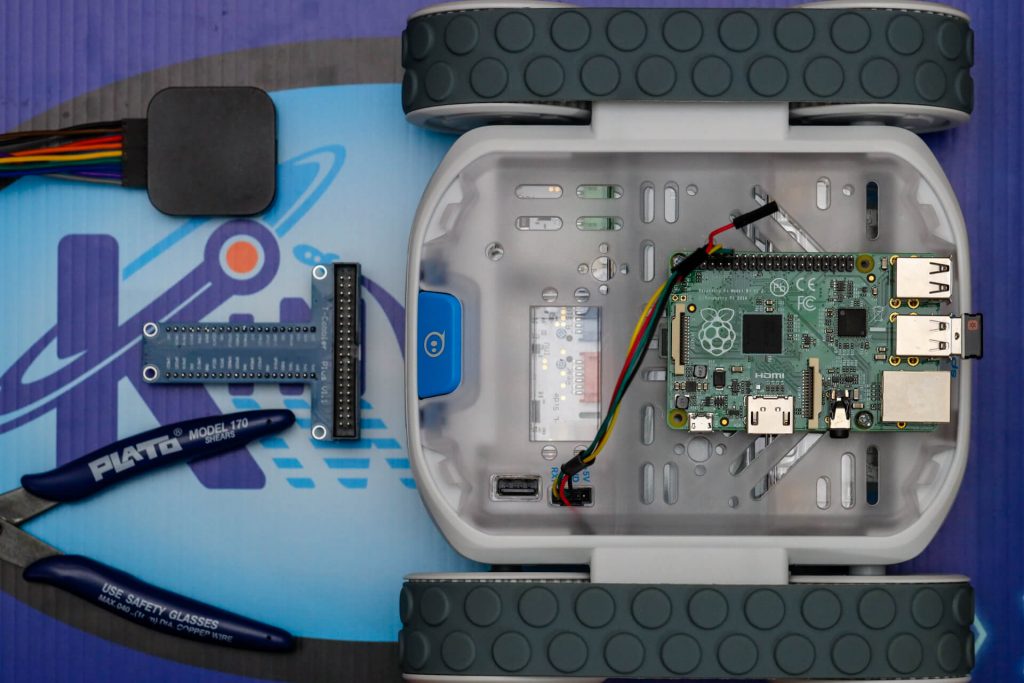 Here is what we’ll be going over in this article about the Sphero RVR SDK. 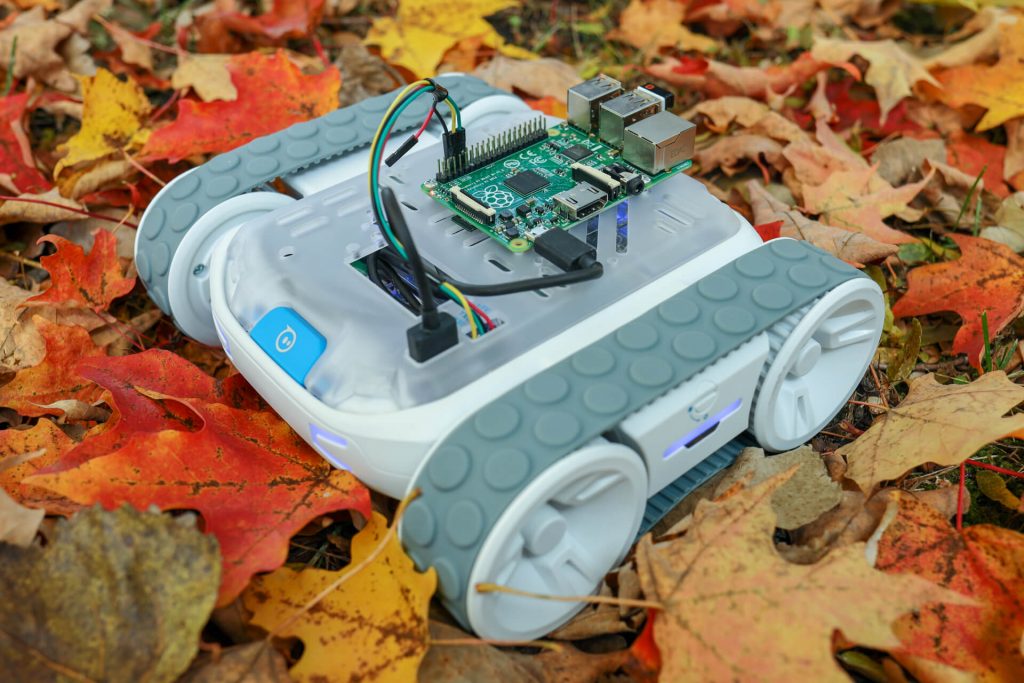 The Sphero RVR is an exciting hackable robot from Sphero. What drew me to the Sphero RVR was the SDK and the UART which can work with Raspberry Pi’s GPIO Pins.

SDK is for Software Development Kit. It will allow you to program the Sphero RVR.

Through the UART, the Raspberry Pi can control, and read, many features of the Sphero RVR through the SDK.

In particular, the Raspberry Pi can control:

Also, the Raspberry Pi can read:

One thing we hope to see in the future is to get direct access to the encoders. It seems like the hardware might have to be hacked to make that happen though.

Without the ability to interface with an outside Microcontroller or Processor this would not have been an interesting robot for Kinvert.

The robot would basically just drive, blink lights, send receive IR, and do color sensing without the UART.

But with the UART now the Sphero RVR can interface with a Raspberry Pi. Now you can do practically anything with the robot. 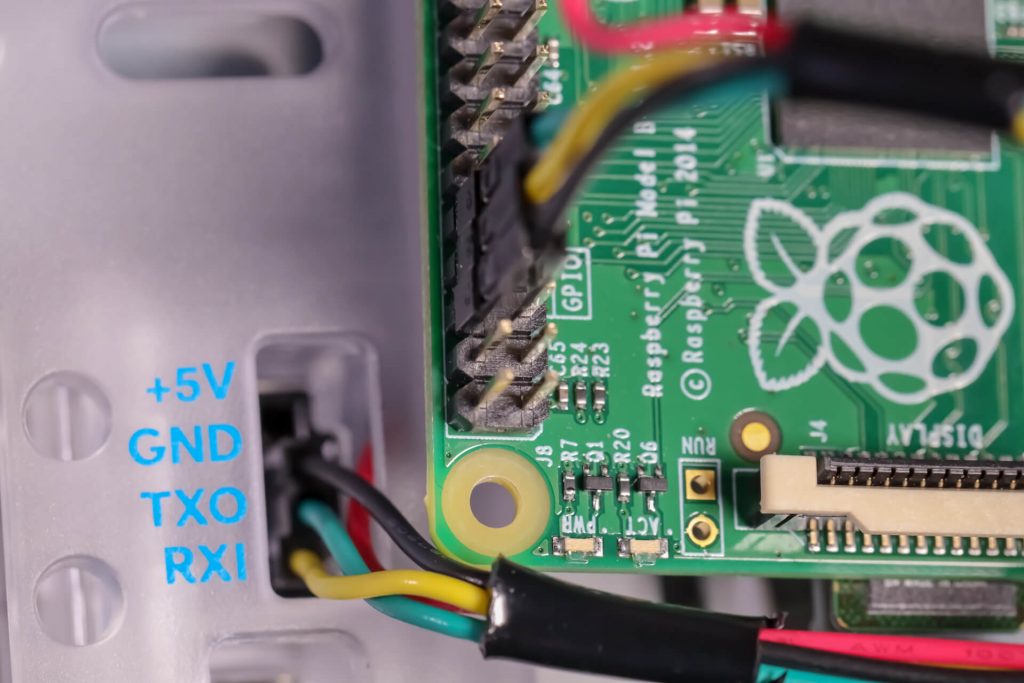 We will go in to more detail in the near future. For now what you need to do is:

Again, we just got Sphero RVR in a couple days ago so we’ll update this soon when we have more detail on Sphero RVR Raspberry Pi Setup.

I’ve been asked what parts I’m using to make this work: 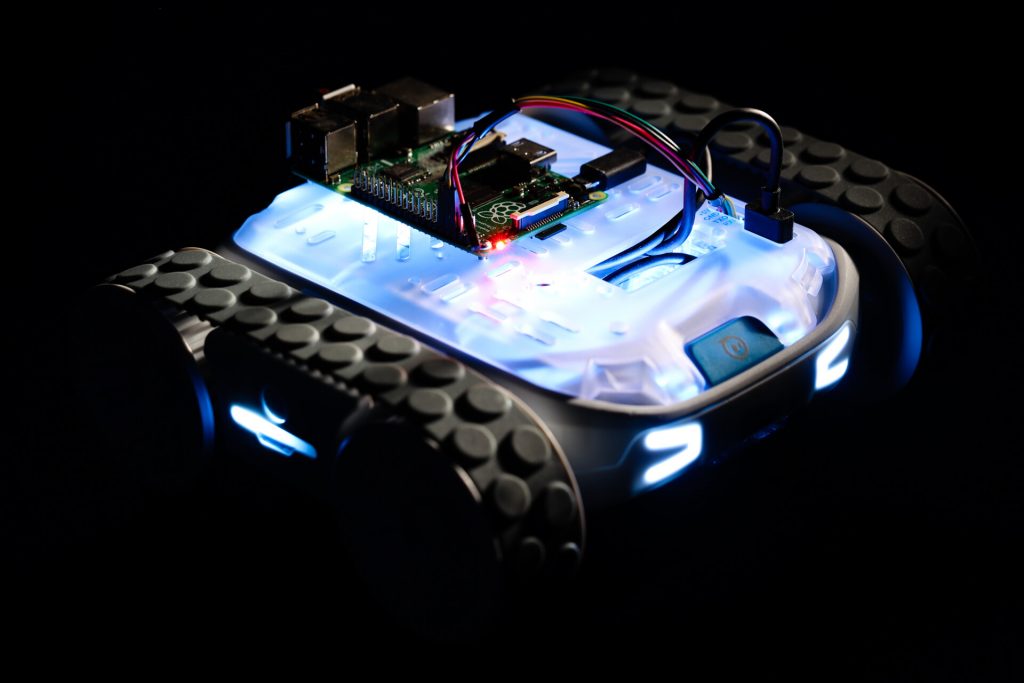 We will expand on this section as we get more projects under our belt here at Kinvert.

For now, I’d start right in the example programs inside the SDK.

Also, check out this tutorial on Sphero’s site.

The combination of Sphero RVR and Raspberry Pi will be very powerful, and will help get your projects rolling.

Please help support us by using the Amazon links above. We get a small percentage of the sale and you won’t pay a penny more.

Some other articles to check out are Sphero RVR SDK and Sphero RVR Project Ideas.